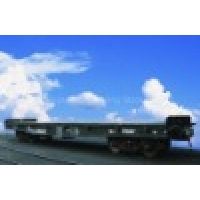 The 100T billet wagon is mainly used to carry hot-rolled billets for large steel mill, and also carries other T goods. The flat wagon has the advantages of heavy duty, high strength and high impact load stress. Being equipped with insulated-cover, it can resist and withstand the baking of hot-rolled billets

CSR Shijiazhuang Rolling Stock Co., Ltd., founded in 1905, is located in the downtown of Shijiazhuang, the capital city of Hebei Province and 337 kilometer away from Xingang Port. With more than 4,000 employees, our company is a comprehensive modern enterprise engaged in manufacturing and overhauling railway freight wagons and their components, special wagons, and refrigeration equipment.

CSR SRS has produced a variety of special equipment for measuring, repairing and machining railway wagons and components of locomotives, passenger cars and freight wagons. Our products are distributed to Korea, South Africa and the European Union.

We have a R&D leading team, who masters advanced core technologies and intellectual property. CAD, CAPP, CAE and PDM are well used in research and development.

Not exactly what you want？
Post your RFQ, forbuyers.com will match you with relevant suppliers.

Contact Information: If your legal rights are violated, you are welcomed to send an email to our in-box. For issues arising from infringements, complaints, please contact service@gongchang.com.

(We will send you newsletters and updates)